Anxiety disorders is now the most common mental disorder treated by doctors in the USA. The approximate forty million in the united states of 18 and over have or will seek treatment by a doctor during the 2019 year.

Anxiety treatment varies from simple regimen and diet changes to medication and intake prolonged therapy. Out of the 40 million USA adults seeking treatment this way approximately 37% of these adults find the right treatment that works for them.

People with anxiety are up to 5 times more likely to go to a doctor and up to 6 times more like to be hospitalized for a psychiatric condition or disorder.  Anxiety disorders effect 1 in 5 people in america at one point in life but the complex risk factors have yet to be discovered of how or why this happens, Including chemistry, character traits from personality and life events that cause trauma. This making it hard for doctors to make sure the right tools, regimen or medication is prescribed that works for those suffering anxiety. Before explaining pro's and con's of Natural supplements of anxiety we need to understand how prescribed medication is broken down based on a individual.

According to the Anxiety and Depression Association of America there is 4 classes of drugs that are used in treatment for anxiety.

Selective serotonin reuptake inhibitors (SSRIs) are more commonly prescribed as a antidepressants. They seem to help some ease symptoms of moderate to severe depression, are relatively safe and typically cause fewer side effects than other types of antidepressants do. More than 100 million people worldwide take selective serotonin reuptake inhibitors.

Typically used or prescribed as a anti-depressant doctors still tend to prescribe them for anxiety and those with obsessive-compulsive disorder due to its non habit forming,and they help increase serotonin levels which is the chemical messenger or neurotransmitter that signals some of the anxiety or stress we feel.

IF you were prescribed one of these and had good results but could not deal with the side effects such as Diarrhea, nausea, vomiting, dizziness, trouble sleeping, decreased interest in sex, dry mouth, loss of appetite, increased sweating,  upset stomach, muscle cramps/weakness, shaking (tremor), unusual weight loss or gain. Click on any of the links and see other peoples reviews on the medication as well. But a good alternative for a natural supplement for SSRI treament for anxiety is Ashwagandha Ashwagandha is a small shrub that is a perennial herb with dull papery husk yellow flowers that's native to India and North Africa that take about 150 days to reach maturity and has bright vibrant red berries inside the flowers.

Over the years ashwagandha has grown in popularity due to its almost magical results. It helps to rejuvenate the body stress response system without drowsiness like a SSRI.  Ashwagandha is also used to help those with side effects from medication used to treat cancer and schizophrenia.

Ashwagandha is KNOWN AS SAFE when taken by mouth short-term.  Large doses of ashwagandha might cause stomach upset, diarrhea, and vomiting.

Another medication commonly prescribed for depression and some chronic pain conditions. These types of medications work by reducing the serotonin absorption and norepinephrine the natural hormone that functions as a neurotransmitter in the sympathetic nervous system. The general function of norepinephrine is to help mobilize the brain and body for action. Norepinephrine is responsible for how the person reacts to stress and anxiety and is associated with the fight-or-flight response and how we react to the stress or anxiety we recieve. This is why a SNRI is prescribed.

As with SSRIs, SNRIs can take several weeks to have an effect.

SNRI's Should not be prescribed if you have or had

A great natural supplement to try is our natural formula mix with all B vitamins, With a little more than ashwagandha a good source of b vitamins is useful in keeping the serotonin levels better. Combined with hawthorn to help with cardiovascular and heart health but keeping energy levels up without drowsiness.

Some side effects from this natural formula are lower blood pressure than normal, increase in B vitamins level, first month of thyroid levels too high. Cause slow breathing, cases and studies have been shown that these are rare.

tricyclic antidepressants are extremely well known for a long list of side effects,

Some common possible side effects include:

Other possible side effects, among others, include:

They are extremely well known for the tired and drowsiness effect and have some safety issues with driving and day to day routines that could be effected.

They are often prescribed for those with overwhelming panic attacks, PTSD, and GAD,

Possible Disadvantages. Delayed onset (take from 4-12 weeks). Anticholinergic effects. Postural hypotension. Possible side effects initially (including insomnia, tremor, or both) may last up to the first two to three weeks of treatment. Weight gain can be as much as one pound per month with about 25% of patients gaining 20 pounds or more. Dangerous in overdose. Should not be used by patients with narrow-angle glaucoma or certain heart abnormalities. Men with an enlarged prostate should avoid certain antidepressants.

Possible Side Effects:  effects of dry mouth, blurred vision, constipation, and difficulty in urination; postural hypotension; tachycardia, loss of sex drive; erectile failure; increased sensitivity to the sun; weight gain; sedation (sleepiness); increased sweating. Some of these side effects will disappear with the passage of time or with a decrease in the dosage. Some people may experience side effects on dosages as low as 10 mg per day: jitteriness, irritation, unusual energy, and difficulty falling or staying asleep.

If you were prescribed a tricyclic antidepressants in the treatment of panic disorder, PTSD, generalized anxiety a good natural supplement to ween off it or to try after discussing with your doctor is B-12

B12 deficiency can cause almost any psychiatric symptom-from anxiety, and panic to depression and hallucinations. This is because B12 deficiencies trigger symptoms in the nervous system and red blood cells.

However B12 is a good general boost in your system and combined with coconut or fish oil can help ease panic attacks faster and help with restorative cognitive functions to help understand the fight or flight when you feel it. Can be helpful for panic, generalized anxiety, and PTSD. Blocks panic attacks in 70% of people. Non-addicting. Tolerance doesn't develop. Helps depression. Continued improvement for several months. Because it is slowly metabolized by the body, you can take it once daily up to 3 times depending on deficiency. Please consult with your doctor on getting a Vitamin B deficiency test.

Benzodiazepines are types of sedative drugs that reduces the physical symptom of anxiety, such as tense muscles. These drugs also encourage relaxation, and their effects take place within a few minutes.

doctors rarely prescribe benzodiazepines because they become less effective over time and can be addictive.

Due to these risks, experts suggest that doctors do not prescribe the continuous use of benzodiazepines for more than 1 month.

Some people may take benzodiazepines to manage short-term anxiety. For example, people with a fear of flying may take them before a flight.

At times, people may take a benzodiazepine alongside an SSRI for a few weeks until the SSRI takes effect.

Withdrawal from benzodiazepines may lead to:

More severe risks of benzodiazepines may include:

The Skeptics Guide to Anxiety Supplements: Ashwagandha for Anxiety

So, you’ve been hearing a lot lately about ashwagandha for anxiety, and you’re wondering what the deal is. Does it work,
Read More

Anxiety and the Silence of Stigma

For people that have dealt with anxiety for more than a couple years. There is just coping, reducing anxiety symptom tri
Read More 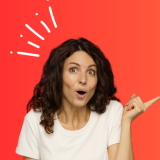